This website or its third-party tools use cookies which are necessary to its functioning and required to improve your experience. By clicking the consent button, you agree to allow the site to use, collect and/or store cookies.
I accept
You are here: Home / Disruptions / Covid19 / … the end of the beginning? 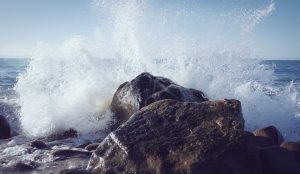 Last week was the 75th anniversary of “VE Day”, and the much anticipated announcements that many countries and jurisdictions would start relaxing their Covid19 economic and social restrictions. There is an important lesson to be taken from World War 2 history that we may like to apply to our Covid exit thinking.

The quote was from Winston Churchill, in 1942 as he positioned the Allied victory in North Africa – the message was that the war was not over, and certainly not yet won.

So, we should still be thinking about the trajectory and plans for the next phase of our current response. In the previous post I highlighted some approaches to “exit readiness” that were based on exploring future options and scenarios. One critical aspect of these approaches is that the design and facilitation of these scenario planning exercises are well informed.

The Centre for Infectious Disease Research and Policy (CIDRAP) is based at the University of Minnesota and is publishing a series of reports that can provide useful input to those developing scenarios about potential future trajectory of this pandemic.

The reports are intended to address issues the group see as not getting the attention they deserve, with a view to helping planners (both in the health space and for corporate advisers like ourselves) to envision some of the situations and scenarios that might unfold this year and even into next year.

The first of these reports offers observations based on the experience of the 1918 Influenza Pandemic. The world may have been a very different place in 1918 but as the authors observe – “our best comparative model is pandemic influenza”.

“future course is still highly unpredictable; there is no crystal ball to tell us what the future holds and what the “end game” for controlling this pandemic will be.”

The group’s second report discusses how to communicate in this type of crisis, and in particular how to deal with the uncertainty that is a feature of this novel pandemic.

The reports are not long and worth taking the time to read directly. Here are some key points from the first report to think about;

The report offers three scenarios that might be used to inform internal planning for your organisation.

The report recommends that authorities plan for Scenario 2 – which is the worst case. That scenario also reflects a similar pattern to what was observed in the 1918–19 pandemic.

“During the 2009 H1N1 swine flu pandemic, the United States experienced the first wave of cases in the spring, followed by a second, larger wave in the fall and winter, during flu season”

This second wave, even without the complication of seasonal flu, will create the need for authorities to massively scale up the ability to identify those infected (testing) and to rapidly identify and find those they interact with (contact tracing). The estimate in this article was that the USA may need 300,000 contact tracers.

And, of course, these are health scenarios not economic ones, so you would also need to factor into your scenarios the different economic and political responses that may occur with different countries and jurisdictions relaxing (and potentially re-imposing) isolation policies.

Perhaps a key message to ensure you are communicating in your planning scenarios is that this outbreak will not be over when the first wave of infections and lockdowns ease. As Churchill warned, this is but the end of the beginning.

Creating a “watch desk” capability should have been a feature of all usable Pandemic Preparedness planning. That applies equally throughout the pandemic response and recovery phases. Being prepared to detect and respond to contingencies as they unfold, including the potential of new lockdown phases, is a key part of your “Exit Preparedness”.

Here in Australia the Government has created a tracking app to reduce the manual effort of contract tracing, and therefore manage the risks to society of relaxing isolation. This app, called COVIDsafe, is based on the BlueTrace protocol developed by the Singaporean Government.

In the first 24 hours after the app was released it was downloaded by approximately 8% of the population, and after almost 3 weeks that has grown to 20%. The target that has been set to provide an adequate level of cover is 40% of the population.

Putting aside issues with the reported effectiveness of the app on older phones, it is another example of the need to make allowance for national cultures in your scenarios. Supply chains are global and we need to be able to include different cultural perspectives in building our scenarios and projections for the outbreak and the ongoing impact on different countries.

More collectivist societies will embrace and support approaches such as contact tracing apps, the more individualistic cultures may not be so supportive of the approach.

At least isolation has provided extra time for reading, and once the motivation kicked in again, for writing. With some extra time and the amount of material being generated across the world there is plenty of material available to inform our thinking on the exit options.

I am currently looking at how my team might have a phased return to an office, so that is the subject for another post.

My question today – are the BC folks being engaged in this exit planning scenario work?
If so, at the purely operational level, or being brought into the strategic scenarios about business models and future markets?

Would love to hear how people are being engaged, please feel free to email me if you would rather not share with a public comment.