This website or its third-party tools use cookies which are necessary to its functioning and required to improve your experience. By clicking the consent button, you agree to allow the site to use, collect and/or store cookies.
I accept
You are here: Home / Next Generation BC practice / … Twitter, tools and truth 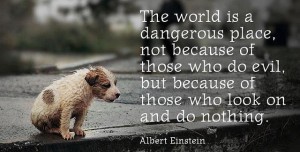 Sometimes the universe is trying hard to tell us something – and we just need to be alert to the message. After all, detecting, and acting upon, weak signals is one of the markers of resilience.

Is this case the universe spoke to me in the form of two Twitter messages that I read at around the same time. The contrast, and the irony, appealed to me.

The first Twitter comment comes from a commentator on the IT industry, in particular IT Service Management and how IT should be aligned to meet business needs.

This is a message that we need to hear loud and clear to inform the next generation of practice in the BC discipline. It is a message that drives us to behaviours that engage with other disciplines within the organisation, and gets us out collaborating with other people – rather than driving a compliance checklist. The comment also reminded me of this post from December 2009, about how we too often mistake the tool for the process.

You cannot implement a tool to replace the need to interact with people. When we confuse the tool and the process, too often we will end up with the wrong tools for our situation. Enter Tweet #2;

Why do we see the same Prospects every 3 years? Buyers remorse! Tips for making better #BCMSoftware choices
Jennifer Craig (@Jennifer_eBRP)

I am not making any judgement on the tool Jennifer’s company sells. I would also encourage people to read her post, The 3 Year Itch, about why they see people coming back at regular intervals to replace their BC software.

What is not listed is the assumption that BC is done by buying a tool and using that to drive your practice. That would be putting Technology first, then Process and People coming last. Jennifer talks about buying for the wrong reasons – and those wrong reasons should probably include those practitioners who have locked their entire practice into a specific vendor’s software. That sends a really bad message to the Executives in the organisation – it says we don’t have real skills in dealing with people and assessing organisational context.

Even more disappointing is the observation that we often don’t even use the full analytical capabilities of the systems we buy – just treat them as low-level plan generators and repositories.

The way BC is perceived today, which is based on the practices we followed and promoted in the recent past, is a limiting factor on the whole industry and how it can move up the organisational hierarchy. To change that perception we must first change our practices.

The next generation of BC practice has to be around people, collaboration and adaptive processes. And much less about the technology and operational level tools that characterise legacy BC/BCM thinking.

Can anybody offer examples of how they are moving their practices into a wider business context?