This website or its third-party tools use cookies which are necessary to its functioning and required to improve your experience. By clicking the consent button, you agree to allow the site to use, collect and/or store cookies.
I accept
You are here: Home / Disruptions / Covid19 / … swans, rhinos, elephants and new practices. 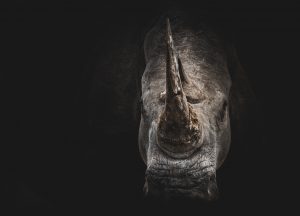 Imagining new possibilities and building towards a next normal is very timely here in Australia as restrictions are being safely wound back in some jurisdictions and at the same time being reinstated in other states. All in line with the variation in case numbers and extent of community spread. Plenty of variability to keep us on our toes!

One area of imagination that has caught my attention in the past few weeks was around new possibilities for future practice in the risk and resilience space.

I found some debate online around the potential for additional budgets to be allocated to this area post-pandemic, which would be unexpected as “corporate overhead” (like BC) is often one of the first casualties of economic downturns. Perhaps things will be different this time.

That may depend on how corporate leadership views the current situation, in terms of expectations of alert, readiness and response.

In the context of management perception of readiness I read this article – ”Coronavirus is significant, but is it a true black swan event?”

The author notes that it has become fashionable to describe almost all low probability/high impact events as a “black swan” – and goes on to note that it is often a good excuse for failure to be prepared. You cannot actually prepare for a true Black Swan event because of its nature – they are not “known” risks. Not a good idea for a risk/BC practitioner to promote this approach as it creates a big threat to continuity of employment, and to the hope of getting that budget increase!

It has always surprised me how few risk/resilience practitioners have actually read Taleb’s work. As a reminder here is his statement of the three attributes that are used to something as a Black Swan event.

First, it is an outlier, as it lies outside the realm of regular expectations, because nothing in the past can convincingly point to its possibility. Second, it carries an extreme ‘impact.’ Third, in spite of its outlier status, human nature makes us concoct explanations for its occurrence after the fact, making it explainable and predictable.

Clearly the current Pandemic does not meet the first criterion. When I started this series I linked to some of my own historic material pointing out that current response and impacts were anticipated years ago. We have had Swine Flu, Avian Influenza, SARS, MERS and 1918 to look back and learn from.

The US Government even conducted a simulation exercise known as “Crimson Contagion” as recently as last year (2019) – which appears to have been an accurate predictor of the source and impact – so that should have been a good indicator that we could have seen the risk coming.

Perhaps the final comment should go to Taleb himself, from this April 2020 interview. Taleb’s view is that the pandemic is not a Black Swan. He also makes the observation that his intent was to encourage us to change our practices and norms – rather than to use the concept as

a cliché for any bad thing that surprises us

How then do we account for the events we can be expected to see coming but don’t act on? Jason Zweig in a 2011 Wall Street Journal article coined the term “Neon Swan” to describe

an event that is unthinkably rare, immensely important and blindingly obvious

What is it about the current pandemic that could make it “unthinkably rare”? SARS and MERS are recent Coronavirus outbreaks that showed the capability for rapid spread and the potential for sever health impacts – albeit not as globally widespread as the current outbreak.

The key would seem to be in the degree of “thinakability” rather than the rarity or historical precedent.

In a presentation to the 2013 World Economic Forum (Davos), William Saito explored why we fail to perceive the signals that these Neon Swans are looming. It is not that the event itself is so rare or offers a weak signal, but rather it is because we have lost the ability to perceive and act on the signals.

We have trained our organisations to make these things “unthinkable”. Saito identified attributes such the trend to hire “like minded people … people who will fit in … people who share the same perspective” as a key contributor. Wilfully engineered groupthink as a result of filtering out divergent views and perspectives.

He also calls out hierarchy in organisations as another contributor. Even if a signal is detected, it is unlikely to be communicated appropriately up the hierarchy – especially when the news of an impending disaster would not be well received at the top.

I see the hierarchy piece played out in the news each day – clearly it is unacceptable in some national governments to convey signals about adverse events up the line. Often the BC practitioner needs to have the message passed through several layers of management where the intent and severity can be filtered.

But I didn’t see the signal being detected nor communicated that a pandemic was still a threat on the horizon. I guess everybody is focussed on promoting resilience rather than scanning for signals and flashing lights around (what was then) an unfashionable risk.

Wucker observed that the problem was not the weak signals, but the weak responses to signals. She built on the concept in her 2016 book, The Grey Rhino: How to recognise and act on the obvious dangers we ignore.

The frequency of pandemics warns of a much bigger global-health threat to come: it’s not a mater of if but when.

That quote comes from the book, and Wucker wrote an op-ed for the Washington Post in March 2020 comparing Swans and Rhinos in the current pandemic context.

Rhino thinking is about not trying to avoid accountability for preparedness compared to the Black Swan defence – sounds like this would be a good argument for getting that increased budget going forward – but it will mean thinking and acting a little differently.

The final beast in this risk practice menagerie is the “Black Elephant”!

Described as a cross between the Black Swan and the Elephant in the room – something that is highly likely and widely predicted to occur, but usually ignored or simply not discussed. In other words we pretend it isn’t there – and when it blows up we simply assert it was a Black Swan.

This 2017 opinion piece from Singapore takes the Black Elephant metaphor and adds Complexity thinking – another important element to be taken into account for future practice. The article talks about techniques to help eliminate blindspots and encourage asking “what if” questions.

Importantly, and this is the influence of complexity thinking, it warns against the dangers of reducing large challenges into smaller pieces as an attempt to implement piecemeal solutions. Instead we need to look at our challenges and situations more holistically, and that will require a real level of multi-disciplinary collaboration.

More on a number of these issues in coming days and weeks.

How many people out there were actually promoting the threat of Pandemic as a current risk?
Did we pick up the early signals coming from China and the WHO?

Are you doing any critical retrospective of the effectiveness of current and past practice?

Do you think you are open to consideration of new practices in the aftermath of the Covid19 disruption?

Drop me a line, always keen to hear about other people’s thinking – and I still welcome comments here on this post.