This website or its third-party tools use cookies which are necessary to its functioning and required to improve your experience. By clicking the consent button, you agree to allow the site to use, collect and/or store cookies.
I accept
You are here: Home / Featured / Will the last 6 years experience inform future practice? 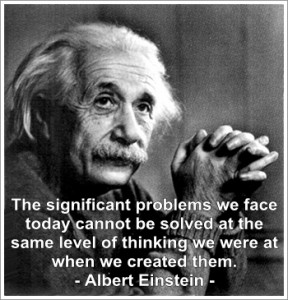 Isn’t it great when what you do gets noticed and recognised by other people? Too often that doesn’t seem to happen to risk and BC folks – a lot of the work and effort is often unappreciated.

Just the other day I was processing my email Inbox and scanned a LinkedIN digest email before deleting it. The headline on a posted discussion article seemed familiar – people were discussing one of my posts!

The post “… a professional’s lament” was motivated by contemporary articles by Tim Armit and Nat Forbes on the state of the discipline. Thanks to David Discenza for reviving the discussion in the DRJ community.

That post is 6 years old and begged the question of what has changed in that time? More importantly are we learning from the past and using that learning to shape the future.

Since 2010 there have been many events and changes that we should learn from – here are just a few items that come to mind;

Where has the practice of BC moved in that period?

I have a much more sophisticated Smartphone today and there are certainly a lot of application software companies in evidence at industry conferences. But are the products really much smarter?

Do we effectively leverage changes in technology – or are we still confusing the process and the tools as a substitute for a professional practice?

6 years ago BS25999 was in vogue, the new way forward. Today only the numbers have changed – the compliance thinking appears to remain very common. The governance process and management systems thinking seems to have replaced the aspiration to create an “holistic management practice”.

There is the light of hope in this space.

In 2010 we had ISO31000 which is not a standard designed for certification, and going forward an expected ISO standard on resilience that also recognises that certification is not desirable, nor indeed possible, in this space.

Which is why I lament the loss of the opportunity presented the past 6 years in which people did not recognise that the concept of resilience was embraced in many quarters simply because of the way BC was being practiced and codified.

Yes it was an emerging novel idea, and yes it was (and remains) a threat to those legacy practices.

No, trying to own it, subvert it into certification standards, change the name of BC to Resilience – none will actually work.

And no, Risk Management isn’t – nor has it ever been – a sub-discipline of BCM.

Time to do something for your future.

The BCI promote September as education month, this year the theme is “Lifelong Learning”. Learning doesn’t just come from a classroom, it needs to come from within.

To be useful it needs to be informed by the past, but adapted for the present and challenging the status quo going forward.

What are you doing this month to learning something new?

To broaden, not just deepen, your skills and knowledge?

Resilience in the future is not going to be about past BC practices. Learning to collaborate and work with other disciplines is critical. As Einstein notes in the quote that starts this post – before we can act differently, we need to learn to think differently.

Learning more about the way we have always done things, or still doing things the way we did them 5-10 years ago, really won’t qualify as broadening skills and knowledge.